Valerie and I took a weekend in NYC this past October in celebration of our 15th wedding anniversary. I grew up in the shadow of New York, but despite uncountable visits, I’d never walked across the Brooklyn Bridge until this visit. It was worth it, and an absolute treat. These photos were shot on expired (and discontinued) Fuji Neopan 400 film in medium format size on my Hasselblad 500 C/M.

Twice, now, my family has made the drive from Richmond, VA, to Wauwatosa, WI. On the way up we drive through a massive wind farm in Jasper County, IN. My jaw drops and I squeal like a little kid with wonder at these behemoths. So this summer I finally stopped on the way back and took some photos.

I’d rather have these around than coal power plants, but I caught some interesting anecdotes from a gas station clerk. He told me that if you stand near the base of these massive towers, you get nauseated because of the low-frequency resonance of the blades passing by, or something like that. I want to verify that for myself, but sounds like I should be glad I kept a healthy distance 😀

He also told me that, while the land owners get healthy payments for leasing the land, the whole character of the countryside has changed. Not because of the giant propellers themselves, however; he talked about how it used to be pitch dark at night, and you could easily see the stars. Now there were fields bursting with these turbines, each with bright red strobes to warn off aircraft. And they all seemed to flash in synchronization, creating a night full of endless flashing from black to red.

Something something no free lunch, I guess.

Writing this now makes me laugh a little, a post ostensibly about a 4th of July parade, in mid-November. This is a travelog of sorts, sharing part of my family trip to the Milwaukee region back in June and July of this year.

It’s not that I haven’t had a chance to develop and process my film until recently—a problem all-too-typical with my photography these days—rather I’ve been sitting on these pictures for a few months just trying to figure out what to do with them. And that is related to my infrequent, scattershot shooting habits. It’s bad enough that I don’t get out much to take pictures, but I find myself feeling out of practice.

My family and I were visiting my wife’s sister in Wauwatosa, Wisconsin – a suburb in Milwaukee County. Our visit overlapped Independence Day in the US, so we decided to join her family at the local parade. Sure, it was a bit jingoistic and a little heavy-handed, but there was something about the parade I really enjoyed. This could have been a Secretary’s Day parade and I think I would have liked it just as much. There were all the local political big fish in vintage cars, freshly-polished emergency services vehicles (that MFD amphibious truck!!!), tacky floats, and marching bands. And the streets were lined with scores of people on a beautiful upper Midwestern morning making pleasant chit-chat while the kids ran into the street to collect candy thrown by passing floats. I realized I couldn’t remember the last time I’d actually attended a parade, and now I’m sure I’ve been missing out a little.

But every time I reviewed my photos from the morning, wondering what to post next, I just gave up. I didn’t really like any of them in particular. They’re all shot from nearly the same vantage point. A few of them have weird, distracting things inconveniently located in the frame. Or, ugh, the kinda bland look of Cinestill 50D.

Well something changed over the past few months. Part of it is that I got over the need to have some portfolio-worthy set of photos to show. And part of it is that I just wanted to share the visual evidence of what was a pretty great morning. It transitioned to some chill cookout time back at my sister-in-law’s house followed by some lovely fireworks in the evening. A good day over all.

I still have a few photos to share from back in July, and I’m getting ready to ship off some more rolls for processing in the near future. So part of this is also that I needed to clear my head of this little mental weight so I could get on with sharing the really fun stuff from the drive home, and whatever else is yet to come. My photography doesn’t have to be an exhibition; sometimes it can just be the supporting cast in a story about a little piece of my lived experience. 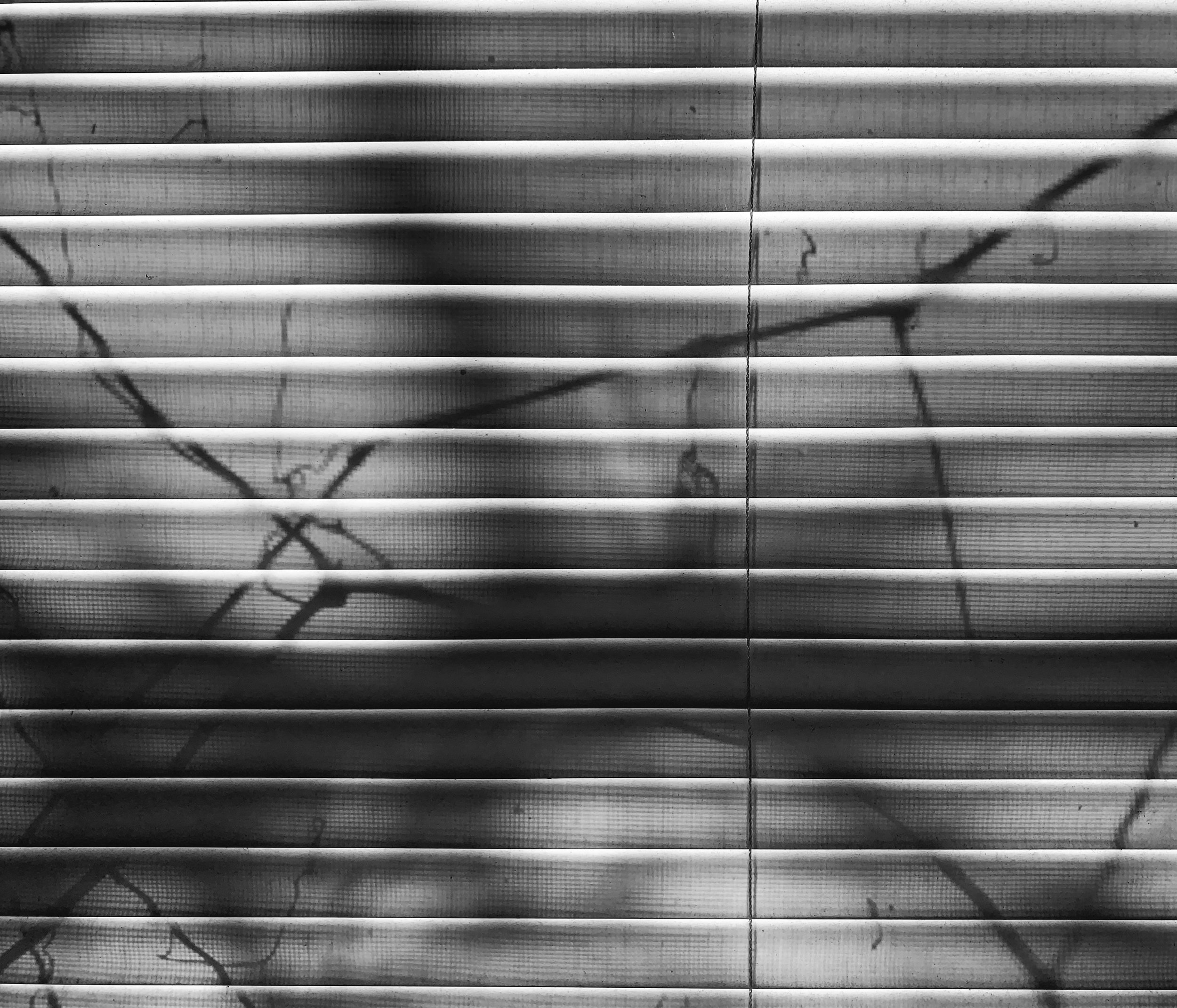 If you pay attention to the culture of photography, you’ll have noticed the sustained, steep decline in sales/usage of digital point-and-shoot cameras. Flickr’s Camera Finder reveals that the top 5 cameras for its users over the past year are found in smartphones, not stand-alone devices. The top 3 are various iPhones stretching back to the 4S. Apple didn’t just disrupt the mobile phone market; they made waves in the camera industry as well.

The quality of Apple’s iPhone cameras seems to come from three major pieces: great physical components (many of which are custom), powerful image processing chips, and excellent software to make the most of the previous two. But the iPhone 6 highlighted some limitations: the camera can only shrink so much while maintaining image quality, so we get a wart on the back of a device that’s too thin to accommodate the camera and all its pieces. Physics wins again.

We’ve seen Apple address challenges like this in other areas, however. They developed a new method for milling aluminum for their device cases. Apple even claims to have created a new alloy of 18k gold with increased hardness for their new watch. I’m sure that Apple (and every other device maker with half a brain) is throwing a lot of hardware engineers at battery technology, but my great hope is that we hear about some breakthrough in optical engineering out of Cupertino in the next few years. I don’t see a lot of incentive for Nikon or Canon to figure out how to cram a higher quality camera into a shallower depth. Couple Apple’s recent work in materials science with their excellent software and we may be a few short years away from something truly incredible.

The best camera is the one you have with you.

I don’t know who said that first – searching for a proper source is tough because it’s been appropriated by countless blogs, photographers, and even electronics manufacturers. But I think we all get the point – photography is about the photograph, not the gear. Pining for the next great piece of equipment is fruitless and wastes the energy you could be putting into the the next great piece of imagery.

There’s another, oft-stated meaning behind this post’s leading aphorism: regardless of how many and what sort of cameras you own, the best isn’t always measured absolutely by lens quality or megapixels or film/sensor format. You take the picture in front of you with the camera on your person and be grateful for having seen it at all. I’d combine these two meanings and say that if you want to take pictures you need simply have some form of camera – pinhole, digital point-and-shoot, or medium format – and have it with you as often as possible.

That’s all fine and dandy. I do happen to have a lot of cameras. Most of them were given to me, and some I’ve purchased. I only use a handful of them these days, but my clear favorite is a bulky and heavy Mamiya medium format camera. This thing weighs around 6 pounds with lens and metered prism attached, and I only get 10 shots per roll of 120-format film. I have two interchangeable backs, but this still makes for frequent film changing and a lot of weight to carry over my shoulder when in use. Now it’s easy for me to consider the capabilities of this camera and judge it my best camera. But due to its bulk I don’t often take it with me unless I have plans to use it. I was willing to lug it around Ireland because I intended to use it for vacation photos, for example.

But I think this needs to change because my real problem ends up being that I don’t take any other camera with me since the Mamiya is the one I really want to use. So this morning, for the millionth time, I saw a glorious photo opportunity…

…only I missed it because I didn’t have a camera with me at all. A combination of my laziness and stubbornness left me undone. If I’d taken any of my cameras with me I could have made the photograph I saw in my head. But I really saw that photograph in a 6×7 landscape format with all the detail of medium format film.

So here’s the thing: I already know that I love photography – taking pictures, processing them, sharing them with people. I’m faced with some choices, though: either get over my desire to use the Mamiya over my other cameras, or get over my feelings of inconvenience toward hauling around a huge camera. And the more I think about it, I’m pretty sure I’m going to choose the latter. It doesn’t mean I’ll never shoot 35mm again, but if I can make this work, I’ll probably shoot it less than I already do (for now).

Because isn’t it worth my sweat and tiredness to get the images I’m after? Isn’t it worth the inconvenience of dealing with short rolls of film? Isn’t it worth the more-often-than-not possibility that I’ll carry around a heavy bag full of gear and come home without having opened it? I’m not suggesting that everybody needs to use their bulkiest kit when they’re out and about. I’m just saying that, for me, I’m trying to get past my excuses for not taking the pictures I want to take. I’m not a working photographer, but that doesn’t mean I can’t work for my photographs.

EDIT: For those asking, “What about your phone’s camera?” I’ll say this – about a year ago I accidentally dropped my un-cased iPhone 4 on to asphalt. I was lucky that the phone didn’t shatter, but the camera lens was scratched beyond use, unfortunately. So yeah, I do always have THAT camera, but unless I want all my shots to look like I smeared Vaseline on the lens (I don’t), the phone stays in my pocket.

Outtake from my photo shoot with Cassandra for my Creatives series. I shot this one using an old sheet film holder and some of the tape was crappy. I was afraid this would happen, but I still like the way this shot turned out.

Cassandra Loomis is an artist for Trader Joe’s in the DC Metro area.

With a BFA in Communication Arts and Design (illustration focus) from VCU, Cassandra can be found essentially art directing the visuals in a number of Trader Joe’s locations. Whether it’s a mural of a local scene, the design of an end cap, or George Washington doing a hula dance, there is always a wide variety of tasks at hand. Additionally, Cassandra continues to take commissions for murals and paintings (including an NFL football player!) as well.